“The number of calls received in an emergency is 107. At the same time, there is a referral centre that coordinates the needs of any patients who need to be referred from local to Rosario. The system is highlighted nationwide with 380 vehicles. Ambulances for patient transfer across the province "Mónica Fein stressed and announced that they will add more ambulances.

The mayor mentioned that the public health system is facing greater demands from the country's socio-economic factors.

“At the health center, they will ask us about the acetaminophen they bought at the pharmacy. Without resources, we will have more attention and more drugs. This requires the municipality to provide more economic resources. In order to coordinate with the province to respond "Mónica Fein said. 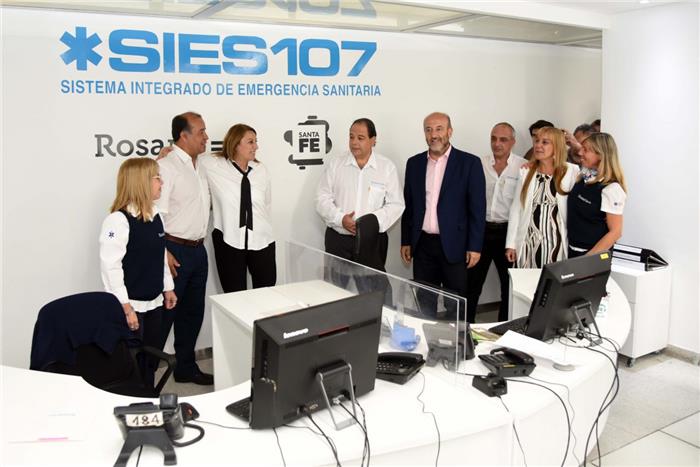 At the same time, the Minister of Health explained that, starting from Fain’s request, priority was given to the integrated technical headquarters of the health emergency system and the relationship between health services and emergencies. “With this, we will have more information about the day-to-day work of the system,” he said.

In the first phase, we are committed to the operational and technical areas of emergency operations (107) as well as referrals, transfers and shifts. The two departments strategically coordinate within the same space separated by bludex. With a total area of 212 square meters, these areas have a total of 25 computers, a room for operators to use, soundproofing and more space to provide better work functions, more phone lines to optimize service and new equipment.

All mobile Sies are controlled by GPS for real-time tracking. In addition, two IP telephony switches and a similar telephone exchange have been added to better facilitate the incoming call if necessary.

Each department, including emergency and referrals, has telephone operators, medical assessors and radio operators.

The second phase of work will begin in the next few days. It will be the destination of the administrative department of the region. The total investment for the entire work is 11,990,570.81 pesos.