Jan-Åke Björklund is a special investigator from the Swedish Ministry of the Interior and is responsible for reviewing how to improve municipal rescue services.

Jan-Åke Björklund pointed out that Sweden does not have enough equipment to secure future forest fires and needs to introduce some legislative reforms.

Last summer, Sweden had as many as 7,000 fires on forests and land.

Jan-Åke Björklund believes that from a holistic perspective, the fire fighting work is going well:

- No major social functions were eliminated, no permanent housing was destroyed, and no one was seriously injured. But he said that a firefighter died in a fall accident during a firefighting, but he added that from another perspective, it was a disaster: the forest owner was attacked, hundreds of people were evacuated, volunteers and emergency services personnel tension.

Jan-Åke Björklund said: "In the face of future forest fires, Sweden does not have enough equipment to keep us safe."

In order to make rescue services and authorities better able to cope with future fires, he proposed some legislative changes. The first is about the so-called municipal action plan, which is the commitment of civil servants to citizens, that is, what the Swedish Civil Emergency Agency (MSB) should be able to design.

Each rescue service must report how they handle different situations. In this way, it will be easier to compare the capabilities of different rescue services between municipalities, which is beneficial to national supervision, as Jan-Åke Björklund also wants to see more clearly. While waiting for emergency service personnel to come to the site, it should be easier to sign an agreement with emergency service personnel who can participate in fire fighting. 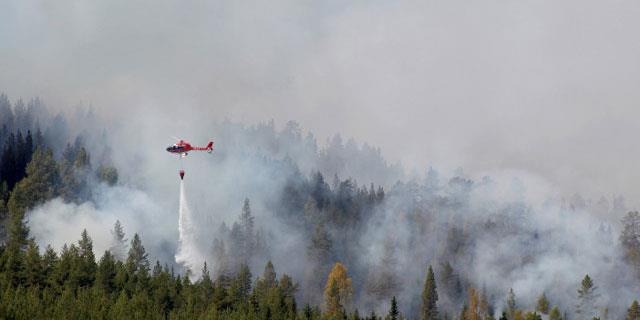 The third bill deals with material labels and employee names. These routines have transferred a large number of rescue services between them, making communication between different units and authorities more difficult.

Another suggestion is that all municipalities must establish a timely connection with emergency system management and the emergency management center must be ready at all times.

In addition, MSB is still investigating whether Sweden should purchase its own water bombing aircraft - a device that proved to be indispensable this summer - is currently borrowed through the European Union.

Previous: Turkey ‘Uninterrupted Communications And Radio Use Project In Disaster’ Approve In Tekirdag

Next: KENWOOD Radio Will Be Able To Communicate Bluetooth With MSA's SCBA Mask