On August 7, ICOM released the ID-52 dual-band digital transceiver that supports the 144MHz/430MHz frequency band. It is ICOM's first handheld radio with a color LCD display, and it can also be used with mobile phones via Bluetooth. The price is 59,800 yen and will be sold from September.

ID-52 is a digital transceiver that complies with the D-STAR amateur radio digital communication standard. It is equipped with a 2.3-inch color LCD monitor. Using a semi-transmissive display, it has excellent visibility in bright places. 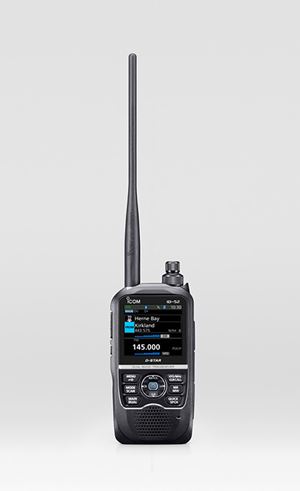 Compared with the old model "ID-51", the enhancement is that the simultaneous reception of VHF/VHF, UHF/UHF and VHF/UHF dual-band signals is compatible with DV/DV mode. In addition to the VHF band, the receiving frequency of the air band has been extended to the UHF band (225 to 374.995MHz).

Other functions such as adding the function of sending/receiving/viewing images saved on the micro SD memory card on the host. The output of the speaker has been increased from 400mW of the traditional model to 750mW. Bluetooth communication is possible, in addition to wireless connection with Android phones equipped with image retouching software "ST-4001A", "ST-4001I", control software "RS-MS1A" and optional Bluetooth headset "VS-", You can also use 3 inches.

ID-52 has IPX7 waterproof performance and improved GPS accuracy. Equipped with a USB interface, it also supports USB charging of the internal battery.

Next: ICOM IC-705 Transceiver Will Starts To Delivery Worldwide