Japan Will Install 5G Network Base Station On Traffic Lights

According to the Nikkei Asia Review, in order to speed up the construction of 5G and save costs, the Japanese government announced that it will allow the country's telecommunications to install 5G base stations on traffic lights. Usually, the service provider will set up a base station or the like on the roof. However, even on the roof, there is a serious shortage of space in most parts of Japan. In addition, it takes time and effort to negotiate with the landlord. The Japanese government has seen the advantages of traffic lights, which can significantly accelerate the arrival of 5G, especially in comparison with other countries, Japan has a higher density of traffic lights.

This will allow NTT DoCoMo, KDDI, Softbank and Lotte to install 5G base stations at traffic lights. About 200,000 traffic lights are currently managed by the municipality. Local authorities will be able to use these networks for emergency communications such as self-vehicle projects and natural disasters. The project is part of the government bill and is expected to be approved by the cabinet in mid-June. 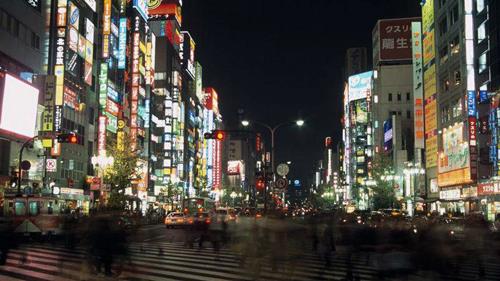 In the 2020 fiscal year, until March 2021, the first test of 5G equipment has been planned to start in several cities. The nationwide introduction plan ends by the 2023 fiscal year. Relevant government departments - including the Ministry of Communications, the National Police, the Ministry of Transport and local governments - form a council to coordinate the initiative.

Currently, it is assumed that coverage of 5G networks throughout Japan may require hundreds of thousands of base stations. However, operators will continue to use existing 4G stations. The four companies plan to invest about 1.6 trillion yen ($14.8 billion) in five years.

The goal of these four operators is to launch commercial 5G services in 2020.

NTT DoCoMo and KDDI aim to cover more than 90% of the country's population with 5G within five years, Softbank's target is 64%, and Lotte's goal is 56%.

NTT DoCoMo has previously stated that it plans to launch commercial 5G services in September 2019. The company also said that during the Rugby World Cup this year, customers will be able to experience 5G services.