JVCKENWOOD partnered with MSA Safety to allow MSA's Self-contained breathing apparatus (SCBA) to transmit voice over many Kenwood portable radios via Bluetooth, including the VP5000, VP6000 and NX-5000 series.

The wireless design pairs the two components while reducing the risk of obstruction. To achieve a Bluetooth personal communication connection between the G1 SCBA mask and the Kenwood radio, the pairing of these devices is similar to a cell phone and car stereo or entertainment system. Once a link is established, firefighters can follow normal operations without introducing new potential obstacles or additional equipment.

Although the G1 SCBA has Bluetooth capabilities, it has not been able to connect to Kenwood radios, and this collaboration will now be a standard feature of all new G1 SCBAs. 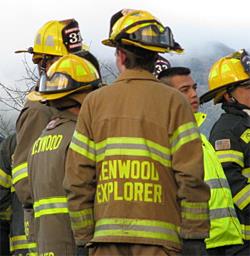 Kenwood pairing capabilities will also be available as firmware updates for field devices later this year.

“JVCKENWOOD is committed to working with leaders in the field of fire services to help keep firefighters safe with the latest mission-critical communications solutions,” said Karthik Rangarajan, senior vice president of strategy and products at JVCKENWOOD. "The Kenwood NEXEDGE and Kenwood Viking P25 (Project 25) standard radios now seamlessly connect to MSA's G1 SCBA masks, allowing firefighters to speak clearly with each other and the commander via Bluetooth signals while wearing the G1 SCBA mask."